Now that Echo Dot’s been out “in the wild” for a few weeks, Dot owners are starting to experiment and have some questions about this mini-Echo. Today’s post is a collection of tips, tricks, questions and answers for those who already own a Dot or are thinking about buying one (which you can do by clicking here or on the image below – can’t say how long it’ll be before Amazon closes this loophole, so act fast if you’ve been wanting to order one).

Dot In The Car: Data Usage
I’ve previously shared the details of how one Echo Dot owner is using the Dot in his car. That same Dot owner noticed that his mobile data charges seemed a bit high for his level of usage, so he did some experimenting and shared his findings on reddit:

…I’ve determined that when you start a playlist or station, it downloads the first two songs in their entirety. After playing song #1, it downloads song #3 while it starts song #2. This means that every time you change playlists or stations, you’re downloading two more songs, AND that you’re almost always downloading a song that you won’t listen to. So if you start a station, listen to 30 seconds of music, then start another station, you’re 20MB in without having ever heard a single track all the way through. I haven’t checked yet to see what happens if you skip a song, but I’d assume that it’s downloading at least one, if not two tracks. 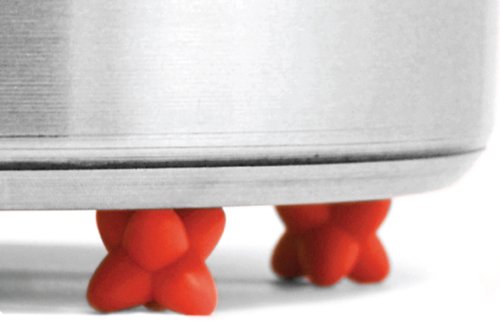 Is Your Dot Hot?
Many (first generation) Dot owners are reporting that the Dot seems to get very hot, and are wondering if this is expected behavior or a problem.

I checked my own Dot and it does give off considerable heat, but when I hold it in my hand it’s about the same as when I’m holding a toasty mug of coffee: noticeably warm, but not hot enough to burn my skin. I called Echo support about it (1-877-375-9365 – 3am to 10pm PST, 7 days) and was told that Amazon knows the Dot is not as well-ventilated as the Echo, and that will cause it to give off heat in a way the Echo doesn’t. However, the support representative also said it shouldn’t be so hot that it could burn your skin, and if that’s what’s going on with your Dot you should call in to ask for a replacement. In any event, you’ll want to be sure to keep your Dot in a well-ventilated area with several inches clearance on all sides, and avoid placing anything flammable near it or in direct contact with it.

I suggested Amazon offer some kind of ventilation platform accessory and was told my suggestion will be submitted to the product development team, but for now it may be helpful to place your dot on a trivet (like the Tivolo Tumble Trivets, shown above, also available in black) or candle stand, where there are openings on the bottom to allow for air circulation. 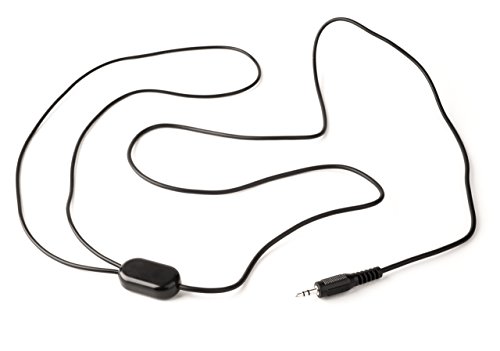 Is Dot Hard of Hearing?
Some people are reporting that the Dot seems to have a harder time hearing them than their Echo does, or that the Dot heard them just fine on day one but now they have to shout for the Dot to hear them. Since only some Dot owners are reporting this, there are a few likely causes relating to how and where the Dot is being used.

1. Check the Dot’s placement.
As with the full-sized Echo, the Dot is supposed to be placed in a location with maximum clearance all around it. Amazon recommends that neither device be placed closer than 8″ to a solid surface like a wall, window or piece of furniture, because those solid surfaces can cause literal echo that interferes with Alexa’s ability to hear and understand what you’re saying. Because the Dot’s so small, there’s a tendency to want to tuck it away in a bookcase or corner, but those types of locations are virtually guaranteed to reduce the Dot’s ability properly hear your spoken commands.

2. Remember to speak commands loudly and clearly.
This kind of relates to placement as well. If your full-sized Echo is placed for optimal “hearing” you may have gotten used to speaking your Alexa commands somewhat quietly, because an ideally-placed Echo can pick up even a loud whisper within 12-16 feet or so. But the Dot is more likely to be off to the side of a room, plugged into one or more speakers that were already in the room before Dot arrived. In that case, the Dot’s hearing may not seem as strong as that of the Echo.

3. Try turning up the volume ring.
Dots all seem to have shipped with the volume ring turned all the way up to its maximum setting, but once it was plugged into an external speaker Dot owners found Alexa’s voice was a shout on the external speaker and turned the Dot’s volume ring way down. I can’t say I’m knowledgeable enough about the hardware involved to say for certain, but in my own experiments I’ve found that the volume ring seems to control both the speaker and microphone volume on both the Dot and my full-sized Echo: the lower the volume is set, the closer I need to be to the device and the louder I need to speak to be heard and understood. It certainly can’t hurt to try this one. 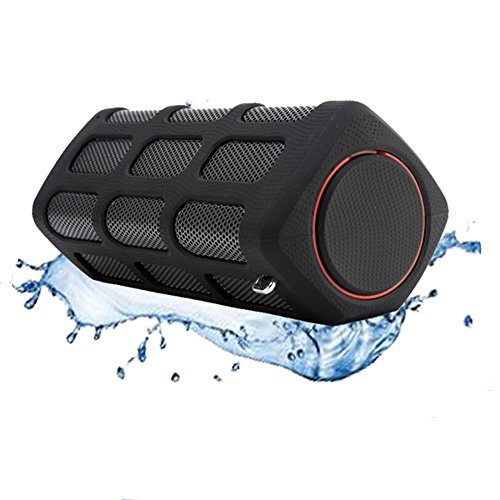 Dot & Bluetooth Connectivity
Many Dot owners use Bluetooth to connect the Dot to external speakers, and have been hit with some surprises.

2. Bluetooth connectivity can be lost for many different reasons.
Don’t be too quick to blame the Dot if it loses its Bluetooth connection to an external speaker, there are lots of reasons why this can happen that have nothing to do with the Dot. I recently posted about Troubleshooting Bluetooth Connections With Dot, Echo & Tap, so see that post for more detailed information about possible sources of Bluetooth signal interference and how to eliminate them.

Also, don’t forget to keep a wireless, rechargeable Bluetooth speaker charged: as soon as it runs out of juice, it’ll power down and the Bluetooth connection will be lost.

Logitech offers Alexa integration for its Harmony smart home devices (click here to view Logitech’s own help page about it). You can take advantage of this new functionality with the Logitech Harmony Companion All in One Remote Control for Smart Home and Entertainment Devices, works with Alexa (UK visitors – click here). Currently (as of 1/10/17) rated 4/5 stars across over 700 reviews and currently priced at $149.99.