It was only one week ago that I last wrote about alarms on the Echo. At that time it wasn’t possible to set recurring alarms but I predicted this functionality would come eventually, especially since Amazon’s promo materials for the Dot mention using it as an alarm clock multiple times.

Yesterday, sharp-eyed LME reader Dean Dillman wrote in to tell me the feature is now available! Screenshot below is from the Alexa app > Alarms > [device name] > [alarm time].

And here are the options you have to choose from for your recurring alarm:

So now you can set as many recurring alarms as you like on each device (the alarm will only sound from the device on which the alarm is set), each with different alarm tones if you like.

But there are a couple of gotchas you should know about.

Gotcha #1: The Voice Commands Don’t All Work
In Amazon’s updated Help topic for alarms on Echo, it says you can set a repeating alarm in the app, or by using one of three different voice commands.

These two work:
Set a repeating alarm for [day of week] at [time].
Set an every day alarm for [time].

This one does not:
Set a [weekday/weekend] alarm for [time].

Gotcha #2: Cancel and Delete Mean The Same Thing
Most days I wake up a little bit before my Echo alarm goes off. I’ve been used to saying, “Alexa, cancel alarm,” before the alarm goes off to prevent it from sounding. I won’t be able to do this with recurring alarms.

I’ve done some testing and have found if I use the “Alexa, cancel alarm,” command on a recurring alarm, it doesn’t just cancel the current day’s alarm: it deletes the recurring alarm entirely.

I experimented for a while, but I couldn’t figure out any command that would prevent the upcoming alarm from sounding without deleting that recurring alarm entirely. For that reason, I plan to continue with my old system of manually setting the alarm for each day I need one.

Still on the hunt for a Bluetooth speaker to use with your Echo Dot when it arrives? Consider the Arespark Outdoor Bluetooth 4.0 Speaker. With up to 12 hours playback and up to 33 feet of Bluetooth range in a ruggedized, waterproof package with 7W acoustical drivers, this speaker will make a great Dot companion in the bathroom, bedroom or den, and still be in range when you take it out to the front or back yard. Currently (as of 3/17/16) rated 4.5/5 stars across over 650 reviews and priced at $32.99 in black ($34.99 in blue). 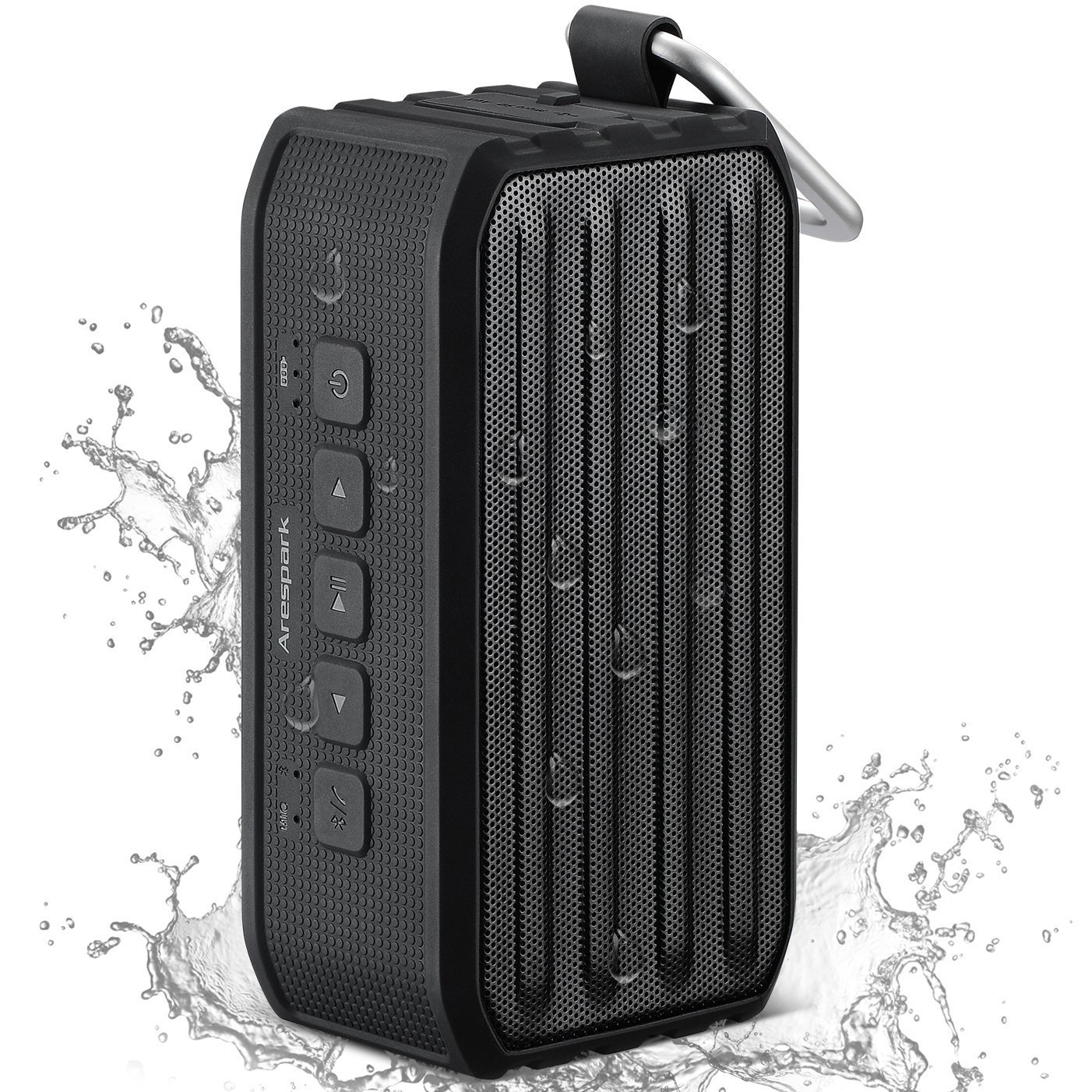