IMDB Movie Ratings: Finally!
One of the features I’ve wanted most from Alexa is the ability to ask her what the average review rating for a given movie is, so when I’m browsing the Prime Video or on-demand listings I can easily weed out the clunkers. I’ve wanted this so much that I went so far as to investigate creating a Rotten Tomatoes skill myself, but technical support for it was lacking on the Rotten Tomatoes side.

I figured that since Amazon owns IMDB, and IMDB carries ratings for the movies and TV shows listed there (where available), this feature would probably eventually be added to Alexa’s feature set. Earlier this month, it was!

No more going back and forth between the listings on my TV and IMDB or Rotten Tomatoes in the browser! W00t! 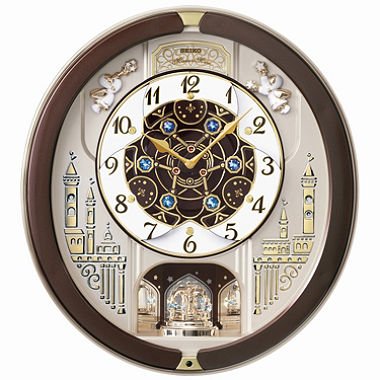 Custom Alarm Tones – It’s A Thing Now!
You can now go into the Alexa app and select from among a variety of custom tones to replace the default alarm tone, which many felt was too soft and didn’t really grab their attention the way an alarm should. In the Alexa app (mobile app or online at http://alexa.amazon.com), go to:

Click on an alarm tone’s name to preview it. Once you’ve found one you like, exit the Alarm default sound screen to keep that one as your new default alarm tone.

Here are some gotchas and details that aren’t obvious:

Note that when you don’t specify AM or PM, Alexa assumes you’re requesting the next instance of that time. For example, if you were to ask, “[wake word], set an alarm for three twenty,” at 7pm, that alarm would go off at 3:20am.

…for each device, and selecting the desired Echo name each time. Right now, I’ve got different alarm tones set for my living room and bedroom Echos, for example.

Custom Sports Update
Sports fans can now customize Alexa’s Sports Update, to include their favorite teams and leave out the teams they don’t follow. In the Alexa app (mobile or online), go to…

…and customize as you like. You’ll find that sports teams that are local to your city and state are already included by default, but you can click/tap the “X” to the right of any listing to delete it from your Sports Update.

Use the Search bar at the top of the form to look for teams that are outside your immediate area. When you see the name of the team you want in the search results list, click/tap it to add it to your personalized Sports Update.

Once you’ve got Sports Update how you want it, ask Alexa to read it with this command:

Alexa will read score results for games that occurred the previous day and details of upcoming games, but only for in-season sports. For example, today’s Sports Update didn’t include any information for the L.A. Dodgers because their 2015 season is over and their 2016 season has not yet begun.

Psst! Be sure not to miss LME’s Christmas Day post next Friday, and tell anyone you know who’s gotten an Echo as a gift this year to check out that post too, because it’ll be filled with free Echo and Alexa stocking stuffers for all my LME readers!

It’s not too late to get the PlayStation 4 500GB Console – Uncharted: The Nathan Drake Collection Bundle, delivered in time for Christmas! Right now (as of 12/18/15), Amazon’s got this bundle listed as in-stock and available to ship for arrival on 12/21. The bundle includes 500 GB PlayStation 4 System, 1 DualShock 4 Wireless Controller, AC Power Cable, HDMI Cable, USB 2.0 Cable, Mono Wired Headset, and Uncharted: The Nathan Drake Collection game disc.