I’m so happy to be able to share this tip today, because I know it’s something MANY Echo owners have wanted since the Echo first launched: the ability to wake to music, like you can do with an alarm clock-radio. You can currently play music on the Echo, and set alarms on the Echo, but you can’t make the Echo play music when the alarm goes off—at least, not using any built-in capabilities of the Echo.

Susan Dennis Solved It!
A couple of days ago Echo owner Susan Dennis posted a fantastic workaround that can turn your Echo into an alarm clock radio in the How To Use The Amazon Echo Google+ group.

Using one of her mobile devices, Susan downloaded an alarm clock app that allows the user to specify a custom audio file to be used as the alarm, recorded a simple WAV file of herself speaking, then set an alarm and selected that recorded message as the one to play when the alarm goes off. Do you see where she’s going with this?

Her recorded message was, “Alexa, turn on [desired radio call letters],” and she set this as her alarm sound. She sets the mobile device near her Echo before going to bed, and when the alarm goes off her device triggers the radio on her Echo!

You could also choose a certain artist, playlist, genre, song, podcast…whatever Alexa’s capable of playing can now be your alarm clock audio! 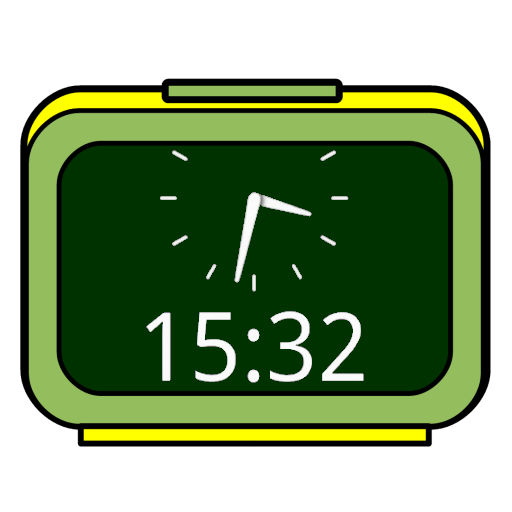 What If I Turn My Phone Off At Night?
You can use this tip with a tablet, iPod Touch or any other mobile device that can run apps but doesn’t accept phone calls.

About The App
Susan uses the free Alarm Clock 3 app, but you could use any app that allows the user to specify a custom audio file to be used as the alarm.

*UPDATED TO ADD – Susan Dennis warns: Many apps play a file or a playlist BUT Alarm Clock 3 is the ONLY one I have found that will enable you to play your file ONE time only. The rest put it on a loop and require you to stop that loop manually.

I was able to find two others that don’t loop automatically, but since this seems to be a hard-to-find feature, be sure the app you choose won’t loop the sound file you’ve chosen for your alarm.

As for recording your custom message, you can use an app like Easy Voice Recorder for that.

Love My Echo t-shirts are now available in four designs.