By now, anyone who owns both an Echo and the new, second-generation Fire TV streaming box knows the version of Alexa Voice Service software found in the Echo was not simply copied over to the Fire TV box in full. The Fire TV version of Alexa doesn’t offer all the same functionality as you get with the Echo.

Today’s post is about the differences between the two versions of Alexa, and aims to help those who are trying to decide between buying a second Echo or getting a Fire TV box instead specifically on account of Alexa functionality—I’m not going to get into the pros and cons of Fire TV as a video streaming device in general.

Note that information presented here is accurate as of this writing (on 10/16/15), but software and firmware updates for both devices are to be expected, and will introduce changes in functionality.

So far, the specific items Alexa can do via the Echo but not via Fire TV are:

1. Smart Home Controls – Alexa on Fire TV does not currently offer direct support for smart home devices Alexa can control via the Echo, such as Philips Hue smart lighting components.

**UPDATE 11/28/15 – Alexa on Fire TV now offers the same smart home device support as it does via the Echo.

2. Music – The streaming music experience is slightly different when using Alexa on the Fire TV. Here’s a list of supported music functions from Amazon’s Help page about Alexa on Fire TV:

I notice that there’s no mention of Pandora here, and that may be because there’s already a separate, standalone Pandora app for Fire TV. Also take note of Amazon’s stated differences and limitations, from the same Help page:

Alexa is separate from the Fire TV Music app–the on-screen display and supported features work differently, and are specific to Alexa.

Alexa can start and stop music playback or switch to the next/previous track, but can’t fast-forward, rewind, or control music volume.

Granted, fast-forward and rewind aren’t currently supported via Alexa on Echo either, but the lack of direct volume control is significant. This means if you’re using Alexa for music playback via Fire TV, you’ll need to use your TV/cable remote or controls on the TV itself to adjust the volume.

This, and the fact that voice lookup for music, fast-forward and rewind are all already supported in the Music app that’s built right into Fire TV will keep me using the native Fire TV Music app instead of Alexa for music functions.

3. Timers – As of this writing, neither regular nor sleep timers are supported. 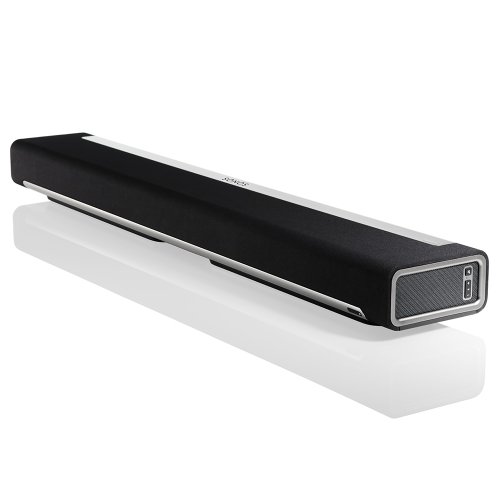 Sonos Soundbar Hack Is Possible With Alexa on Fire TV
The news is not all bad, however. Alexa on Fire TV enables a hack that allows for control of Sonos speakers. As reported on TechZone360:

Echo doesn’t talk to a Sonos hub, but it will talk to a Smart Things Hub (by Samsung) which will, in turn, talk to Sonos speakers…If you have a Sonos TV Sound bar you can route the music from Fire TV through it and then use either Alexa or the Sonos control to route that to other speakers. The other handy thing about this is you then command the Fire TV remote – which is push to talk so Alexa isn’t trying to respond to everything it hears – and the voice control is where you are (you don’t have to walk into the room where Echo is).

Making The Choice
The new Fire TV box cannot take the place of an Echo. The implementation of Alexa in the two devices is different enough that each seems to serve different smart home, media and entertainment needs.

You’ll get most of what Alexa has to offer in the new Fire TV box but if the differences are significant enough to you, you’ll want to go with the Echo. I don’t include music volume control as a differentiator here, because if you get the Fire TV you can control music volume via the Fire TV’s own, native Music app, it’s not really an either/or situation.

On the other hand, if the feature set that’s already available for Alexa on Fire TV meets your needs, you’ll save a lot of money and still get what you want with the Fire TV box. One caution, though: don’t choose the Fire TV based on an assumption that this or that Echo Alexa function will eventually come, because there’s no way of knowing what may or may not be implemented in future updates. You can’t be absolutely sure you’ll be satisfied with the Fire TV version of Alexa unless you’re satisfied with it as it is right now.

As for me, I’m not intending to buy a second Echo*. The Alexa features already available in Fire TV—which are nearly a match for the Echo—are all the kids and I need for the living room, and that means I can move my Echo to the bedroom, where the availability of a sleep timer is much more important to me. Smart home device control doesn’t matter to me at this point, and I don’t want to invest in another Echo based on possible future needs when I know Amazon’s got “Kabinet“, a new smart home control/communications hub, in development for the kitchen.

*UPDATE, 10/23/15 – Amazon changed my mind with their recently-introduced, interest-free payment plan. At $36/mo, I just couldn’t resist the temptation to get that second Echo for the bedroom. 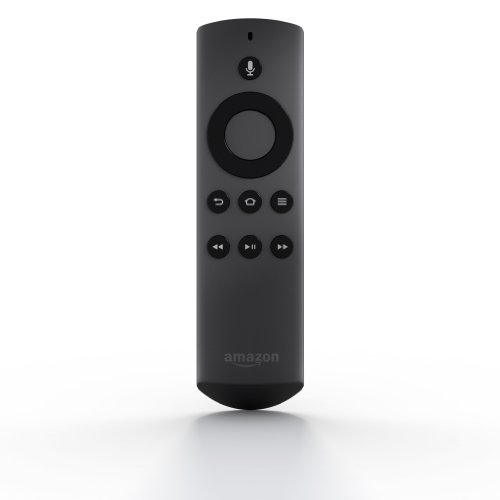 Alexa On First Generation Fire TV Devices
I’ve heard from Amazon Fire TV customer support, and Amazon has updated its Fire TV help pages to say, that a software update is coming for first-generation Fire TV streaming boxes and sticks. No specific release date has been given, unfortunately.

Note that owners of Fire TV sticks will need the Fire TV voice remote to use existing and new voice recognition features.

If you’ve been wanting to try some of those cool ‘smart bulbs’ that are now available and offer Alexa support (both on Fire TV and the Echo), but haven’t wanted to invest in an entire system that includes a special hub, LIFX Smart Bulbs are the answer. You can start with just one bulb, there’s no ‘starter kit’ or hub required. They’re available in white-only or multicolor options, communicate with the Echo, Fire TV and LIFX mobile app via WiFi, are programmable, have the same long life and energy-efficient features as Philips HUE bulbs, but don’t require a smart hub or any kind of wired connection whatsoever. Just screw an LIFX bulb into a standard light fixture, download and install the free LIFX app to connect the bulb to your WiFi network, enable the LIFX skill in the Alexa app to let Alexa control your LIFX bulbs, and you’re good to go! With LIFX bulbs, it’s easy and relatively inexpensive to dip a toe into the smart home waters. 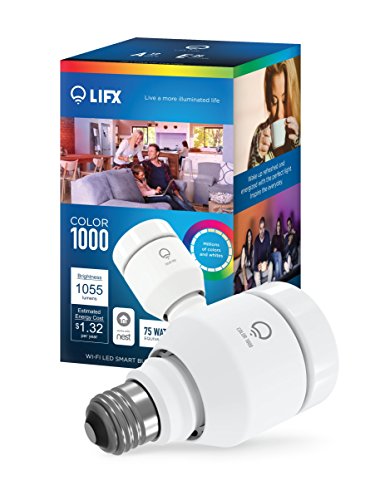