Another day, another grossly misleading, click-baity article about people who are convinced their Echo is spying on them.

We might expect this sort of Cold War era throwback thinking from Pravda (Amazon issues spying device to bug everything you say), but shame on you for engaging in the same kinds of groundless scare tactics, Economic Times (Amazon’s Echo: A digital assistant that can eavesdrop on your conversation)!

The Economic Times article highlights a teenage girl who doesn’t hesitate to share every detail of her life on social media, yet was so paranoid about the Echo “listening” to her that she unplugged it and hid it from her mother—who still hasn’t been able to find it. If you generally take your tech security advice from sixteen year old girls with no background or education in tech anything, you’ll probably want to do the same thing.

The same article first quotes Amazon’s rep, who says the Echo only starts listening when the user speaks its wake word and also provides visual feedback that it’s listening by turning the LEDs on the top ring blue, then goes on to undercut that statement of fact by sharing the experience of one Steven Combs, who says he’s noticed the blue ring turning on even when he hasn’t said the wake word. Mr. Combs also says he’s not at all concerned about it, but the article slants this to look like he’s just being foolishly trusting.

As anyone who has had an Echo for longer than about three days knows, sometimes the Echo thinks you’ve spoken the wake word when you haven’t. Maybe you said a word that sounds similar to the wake word. Maybe it was just a WiFi or router glitch. Either way, when the Echo detects no further speech from the user it stops listening and goes back into standby mode. 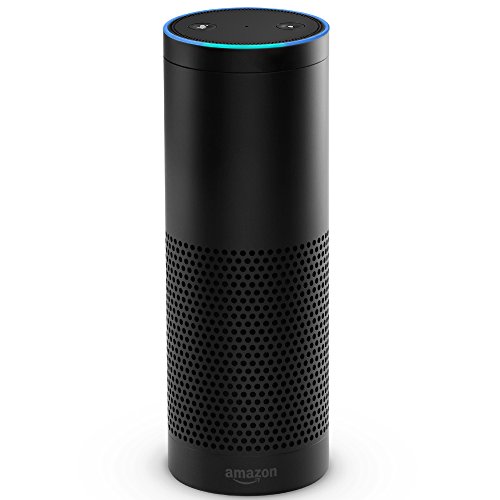 And as anyone who has owned any piece of computerized tech for any period of time should know, bugs and glitches happen. Nobody’s accusing Microsoft of criminal activity when their Word document mysteriously loses its fonts, and nobody’s trying to drag Apple into a Federal investigation when their iPhone mysteriously shuts itself off, but when an Echo happens to do something that merely demonstrates it’s a brand new type of tech, all the paranoid types are instantly taking to the ‘net to cry foul—which is particularly ironic when you consider that ANY internet-connected device is capable of being used by criminal elements in criminal ways.  The very tool the worriers are using to defame the Echo is, itself, far more likely to be hijacked and used for criminal data-gathering, yet the naysayers have decided to trust that device for some reason.

People seem to forget: voice recognition technology is still in its infancy, and in that regard the Echo is an experimental device. Bugs and glitches will happen, and they don’t mean anything nefarious is going on. It’s also true that once you do wake the Echo, it does have to listen to what you’re saying in order to do what you want it to do.

If You Want Star Trek Tech, You Must Accept The Demands Of Living In A Data-Driven World

To be clear: it is absolutely true that any device with voice or video recording capability, or with internet connectivity, can be used to carry out illegal spying activity. If you’re the type of person for whom this is a major concern, the only way you can feel absolutely secure is to live entirely off the grid: away from any device with any kind of recording capabilities, and disconnected from the internet as well as any device, service or company that is connected to the internet.

Star Trek -type tech is coming to a home or office near you, and in fact some of it (tablet computers, voice-activation tech, programmable kitchen appliances, etc.) is already here. 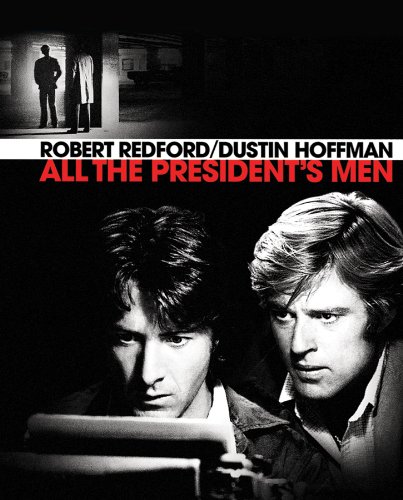 The Watergate scandal didn’t make everyone want to get rid of their landline phones.

Anyone over the age of 45 should remember very well how fearful people were of ATMs when they first came into use. Then came the big online shopping mistrust. This scenario plays out over and over again, throughout human history: new tech designed to make consumers’ lives easier and cut corporate costs is introduced, a large contingent of consumers grabs their torches and pitchforks and takes to the town square (or internet, in today’s terms) to demand that we burn the witches, and finally a few brave souls dip a toe into the new tech water to discover it’s actually very pleasant indeed.

Seriously, are you afraid that the only thing keeping the terrorists at bay is NOT knowing your thermostat setting preferences? Does allowing an ad network to track your clicking habits empower its employees to steal your identity? Is EA Games (makers of Tapped Out and LOTS of other bestselling console games, PC games and mobile apps) running some kind of lengthy con where they spend decades employing hundreds of programmers to develop games as a front, so that at some point in the future they can start tacking bogus credit card charges onto user accounts, because that’s where the REAL money is? Come on, folks: use a little common sense.

Bottom line: if you’re the type of person who worries about the government or anyone else spying on you, you probably shouldn’t own an Echo. Or a computer, cell phone, broadband router, fax machine or land line telephone. But if you DO own any of those other devices, you’ve already decided to accept a certain level of risk and using an Echo does not increase that level of risk.

Also see: Is Alexa Spying on You?

This post is brought to you by the Goal Zero (21013) Switch 10 USB Recharger and Solar Panel Multi-Tool Kit. Quick charge with 1.5A USB output and smart power without overcharging or discharging – Solar ready with built-in charging tip to power up in 4 hours from any USB port or in 4 hours of full sun from the included Nomad 7 Solar Panel – Switch 110 Lumens flashlight with wide angle for lighting up the trail or piercing the darkness and high or low power for maximum light or extended runtimes – Switch lightweight fan attachable for a personal cooling system wherever you go. Rated 4.5/5 stars, currently priced at $119.95. 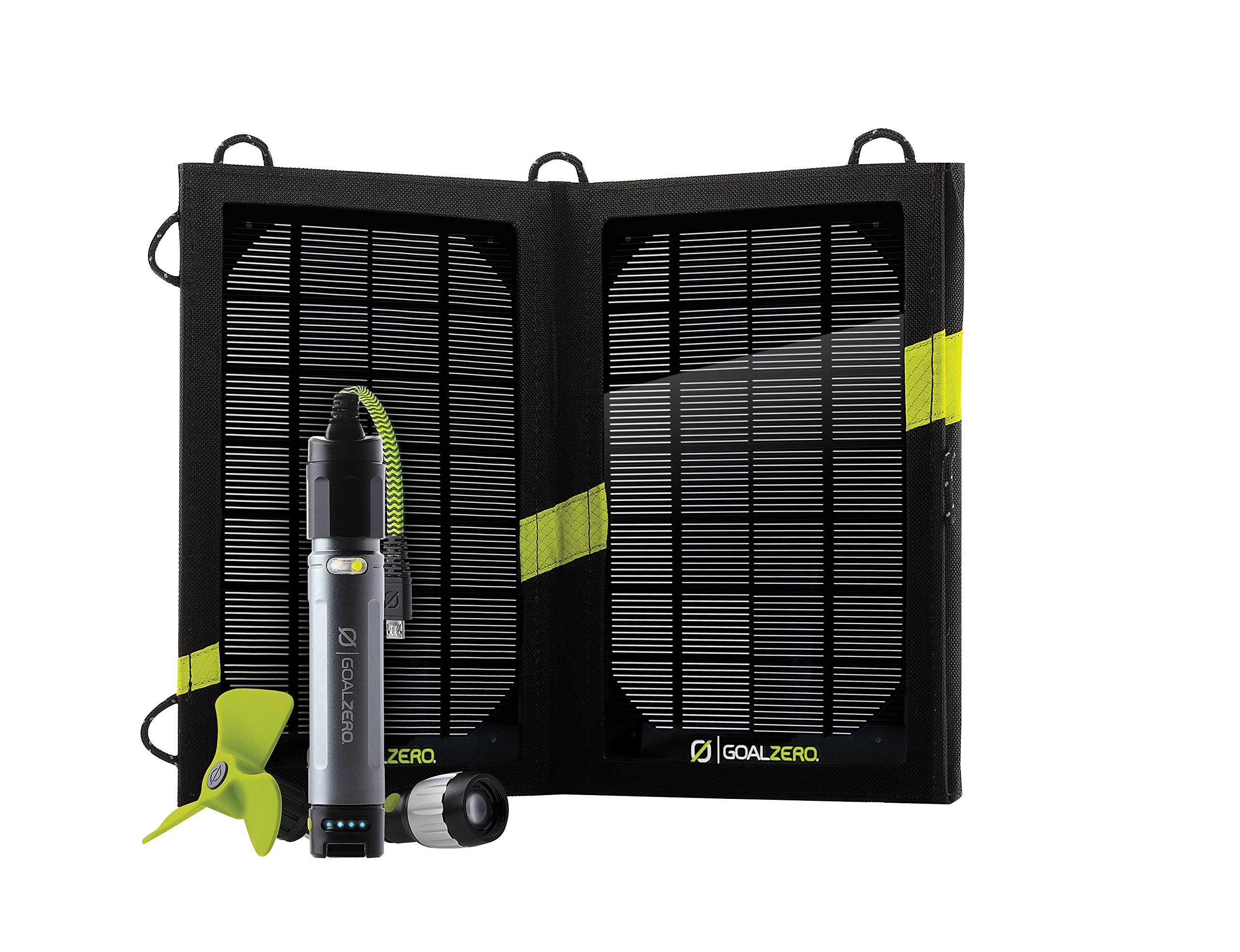